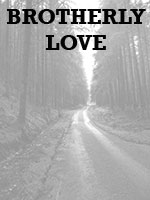 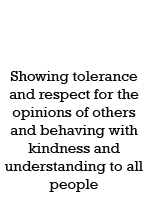 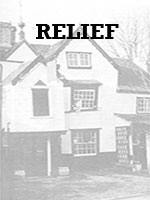 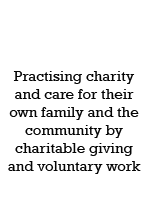 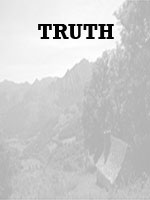 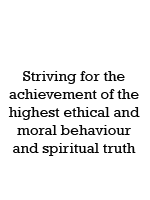 Freemasonry means different things to each of those who join. For some, it’s about making new friends and acquaintances. For others it’s about being able to help deserving causes – making a contribution to family and society. But for most, it is an enjoyable hobby. more...

Freemasonry is one of the world’s oldest and largest non-religious, non-political, fraternal and charitable organisations. It teaches self-knowledge through participation in a progression of ceremonies. Members are expected to be of high moral standing and are encouraged to speak openly about Freemasonry. The following information is intended to explain Freemasonry as it is practised under the United Grand Lodge of England, which administers Lodges of Freemasons in England and Wales and in many places overseas.

Freemasonry is a society of men concerned with moral and spiritual values. Its members are taught its principles (moral lessons and self-knowledge) by a series of ritual dramas – a progression of allegorical two-part plays which are learnt by heart and performed within each Lodge – which follow ancient forms, and use stonemasons’ customs and tools as allegorical guides.

Freemasonry instils in its members a moral and ethical approach to life: its values are based on integrity, kindness, honesty and fairness. Members are urged to regard the interests of the family as paramount but, importantly, Freemasonry also teaches concern for people, care for the less fortunate and help for those in need.

Click on dates below to see some historical facts about Freemasonry.

The questions of when, how, why and where Freemasonry originated are still the subject of intense speculation.

The general consensus amongst Masonic scholars is that it descends directly or indirectly from the organisation of stone masons who built the great cathedrals and castles of the middle ages.

In 1646 a site is acquired in Great Queen Street, London, consisting of a tavern house fronting the street with a garden behind leading to a second house. Thomas Sandby, RA, wins the architect’s competition for the Hall. His Grand Hall is built over the garden, linking the two houses.

From the 1660s more evidence exists of gentlemen being made Masons in non-operative Lodges.

On 24 June 1717 four London Lodges, which had existed for some time, came together at the Goose and Gridiron Tavern in St Paul’s Churchyard, declared themselves a Grand Lodge and elected Anthony Sayer as their Grand Master. This was the first Grand Lodge in the world.

By 1723 By this time the new Grand Lodge had published its first rule book The Book of Constitutions of Masonry and was meeting quarterly and recording its meetings. It had extended its authority outside London.

In 1725 The Grand Lodge of Ireland was established.

In 1751 A rival Grand Lodge appeared in London. Its original members were Irish Masons who claimed that the original Grand Lodge had made innovations.
They dubbed the first Grand Lodge the Moderns and called themselves the Antients.
The two existed side by side - both at home and abroad - for nearly 63 years, neither recognising each other as regular.

After four years of negotiation, the two Grand Lodges in England united on 27 December 1813 to form the United Grand Lodge of England. This union led to a great deal of standardisation of ritual, procedures and regalia.

By 1814 some 647 Lodges were in existence. The 19th century saw a great expansion of Freemasonry - both at home and abroad.

By 1900 2,800 Lodges had been established despite losses when independent Grand Lodges were formed in Canada and Australia in the later part of the century.

The two World Wars both had a great effect on English Freemasonry. In the three years after the First World War over 350 new Lodges were set up, and in the three years after the Second World War nearly 600 new Lodges came into being. In many cases the founders were servicemen who wanted to continue the camaraderie they had built up during their war service, and were looking for a calm centre in a greatly changed and changing world.

On 14 June 1967 the 250th anniversary of Grand Lodge was celebrated at the Royal Albert Hall. Centrepiece of the celebrations was the installation as Grand Master of HRH The Duke of Kent, who still holds that office today.

On 10 June 1992 over 12,500 Freemasons and guests gathered at Earls Court in West London to celebrate the 275th anniversary of Grand Lodge. For the first time press and television were present at a meeting of Grand Lodge and the event featured on television newscasts around the world.

Preparations are now underway to celebrate the tercentenary of Grand Lodge in June 2017.

The Future of Freemasonry: A Report by the Social Issues Research Centre 2012

The values of Freemasonry are based on integrity, kindness, honesty and fairness. Freemasons are taught to practise charity and to care, not only for their own, but also for the community as a whole – both by charitable giving, and by voluntary efforts and works as individuals. more...

From its earliest days, Freemasonry has been concerned with the care of orphans, the sick and the aged. This work continues today. In addition, large sums are given to national and local charities.

Masonic charity is exercised at every level: individual Lodges make gifts and give aid to their own communities and every Province also gives large sums of money to regional causes. Nationally, our efforts are channelled through the charity organisations listed below:

The United Grand Lodge of England currently has over a quarter of a million members meeting in over 8,000 Lodges, which are grouped as follows:

Lodges meeting outside London, and within England, Wales, the Isle of Man and the Channel Islands, are grouped into 47 Provinces, whose boundaries often correspond to those of the old Counties, with each headed by a Provincial Grand Master.